As I caught my breath, the door opened again, and I saw two males come in, the panel sliding closed behind them. “Oh great, what’s this shit now?” I grumbled. Maybe I was lucky and Baldy had sent a tech for the translator.

I peered at the mismatched pair. One of them I had seen before—a smarmy little weasel who sometimes accompanied Baldy to look us over. Disgusted, I quickly shifted my gaze to his companion—and had to fight to keep my jaw from dropping.

He didn’t have horns and was bigger than any of the Omers I had seen. Though the strange alien had four arms and double pectorals like most Omers, he was taller, more muscular, and had a dangerous, wild, and untamed vibe. My body flushed as I imagined him as a shirtless warrior with sweat glistening on his hard body while he wielded a sword, slaying everyone who’d treated me like shit… starting with Baldy.

Against my better judgment, I was intrigued. Maybe it was the way he moved—with grace and lightness, despite his size. His weird haircut framed a face with full, sensual lips, a straight nose, and a square jaw that made my heart skip a beat. His sleeveless tunic and cloak with gold piping matched his eyes and were a nice touch. This alien was attractive.

My head snapped up when I heard a sound. His lips were moving, but I couldn’t understand a damn word he was saying because my translator was still malfunctioning. His eyes compelled me. They were a dark, intense yellow with flecks of gold that shimmered slightly as the light caught them.

Our gazes met, and I felt as if something silent was communicated between us.

Ella, this so not the time to think about sex.

I licked my lips before bringing the bottom one between my teeth. His nose twitched, and it sounded like he groaned. He took an enormous gulp as if he were nervous. His unease took some of the intimidation out of his menacing demeanor. My lips curled up into a smile. Then I caught myself.

Oh God. I’m flirting with a four-armed alien that might be here to buy me as his sex slave. 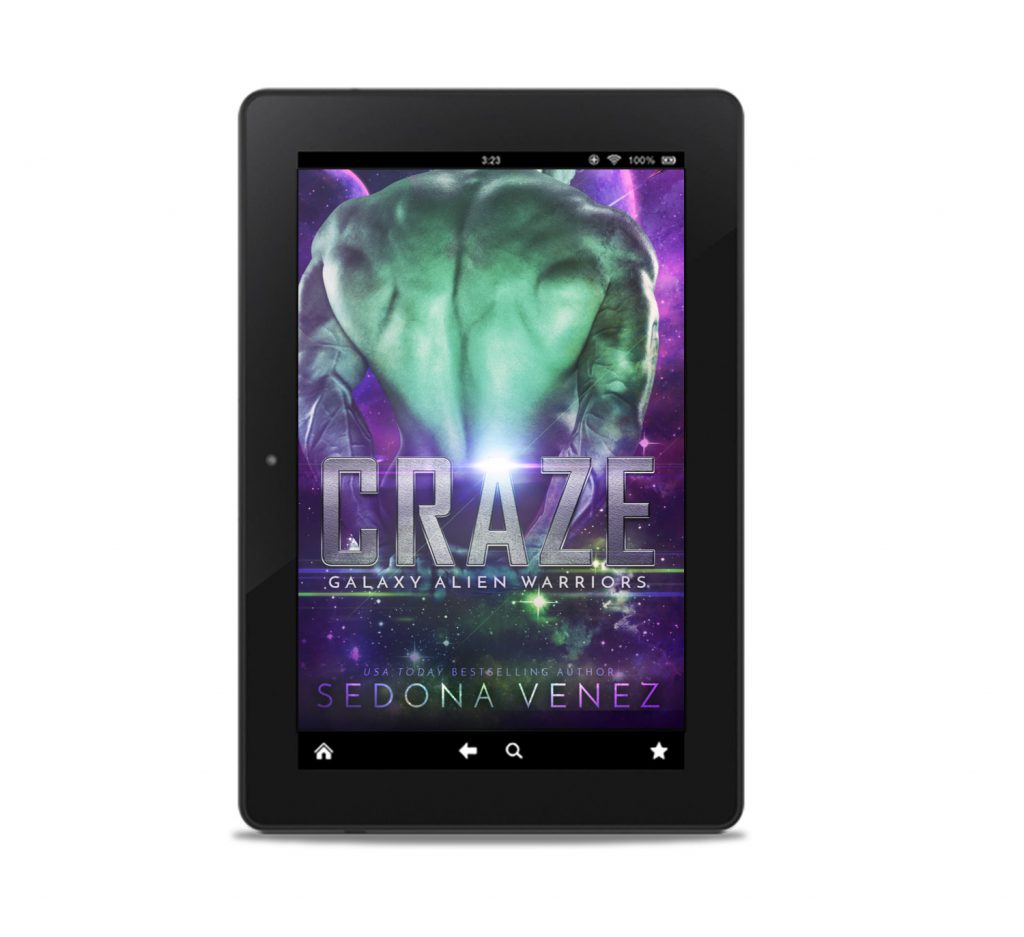 got it
Learn more